I received an email from my Huz this week. A three word email that simply said “NO MORE TICKETS!”

You see, he had just transferred a truckload of cash to our friends to even out the ledger – the spreadsheet our group of friends {aka the culture club} keeps, detailing who has bought tickets to what shows and who owes who money.

It all starts with a group email being sent around, “Hey guys, who’se keen on Foo Fighters/Mary Poppins/Peppa Pig/random Cabaret Show?”  They’ll get the usual responses which vary from a simple “Hell Yeah!” to “Sorry it’s my uncles, cousins 50th that day so we can’t make it unfort”. And generally the email initiator will then buy the required number of tickets, add it to the spreadsheet and we all sort out the cash later. Delayed gratification!

Only this year, in the craziness of life, months passed by and we all kinda forgot to keep said  ledger and as a result, our ticketing tally sky rocketed.

So we finally fixed it up and it pretty much left us eating baked beans until the next pay day whilst our friends thought they’d won lotto. Damn aren’t tickets bloody expensive these days! But… damn we’ve seen some awesome shows this year!

Like The Lion king, Tori Amos with the Sydney Symphony Orchestra, Dirty Dancing, John Butler Trio, The Australian Ballet, Arj Barker, and The Gruffalo, to name a few. And we’ve recently purchased tickets to The Foo Fighters, Wonderlust and a Twilight Taronga Zoo gig all for next year.

The Lion King was Miss 5’s first musical stage show and she still talks about it all the time, and how mummy bought her the Simba toy and a choc top and she got to stay up really really late. And for me, experiencing all that through my child’s eyes was quite special.

So it got me thinking, yes tickets to these things may be bloody expensive, but the value is not in the ticket cost at all… its in the fun, precious (and often crazy) memories the investment creates. Memories that no doubt will be reflected upon for years to come…

So Huz… I can’t promise there won’t be any more tickets. But I will promise my fellow culture clubbers that we will try and keep the ledger under control next year. In the meantime, the free local Carols by Candlelight is looking good! Who’se keen?

Tell me about a fun/precious/crazy memory you’ve created at a concert/gig/show?

What have you had tickets to this year?

Have you kept or done something creative with your ticket stubs like this..? 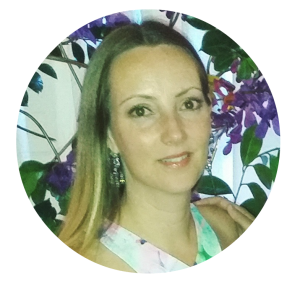 And this is where I share my yesterdays, todays and my 2 morrows… my 2 children.

I’m a happy wife, proud mum, animal lover, marketer and yogi, who loves the simple and beautiful things in life.

So brew a pot of tea, get cozy and come join me...

Things I blog about…

One woman's thoughts, thrown awkwardly at the internet with reckless abandon and questionable aim

Because adventure lives on the other side of fear

Raising kids and a little bit of hell

An experience of Cancer diagnosis and treatment that has now evolved into a quirky mix of thyroid cancer, running, cooking (especially baking,) and all things Thermomix.

reporting from the frontline of parenthood

Living and loving life the best I can...